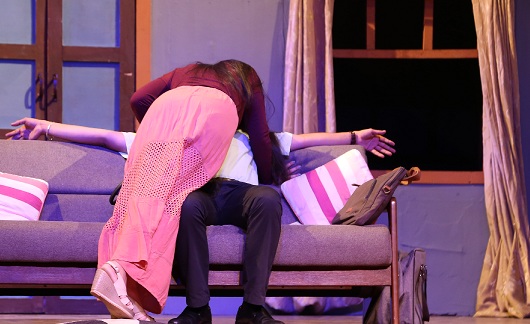 Who doesn’t like comedy! and a comedy of errors, hilariously teaches us a lot about the different ways in which human beings react when they face unavoidable situations.

The play features a government secretary who lies his way out of situations with the help of his innocent junior secretary, who gets more & more tangled in the improvised tales as the events unfold.

Action takes place in a suite in a posh hotel situated in the heart of the national capital DELHI NCR and everything revolves around the accidents caused by a defective sash window.

The frivolously, entertaining play has had a long run in UK when premiered in 1990 and was then adapted to French in 1996, followed by the play being converted to a successful Hungarian movie.
It went on collecting accolades internationally as it entered the APAC region in 2012 with the show being staged at Singapore & Malaysia. The play currently runs in Russia & China and is all set to tickle the funny bones of the Indian audience.