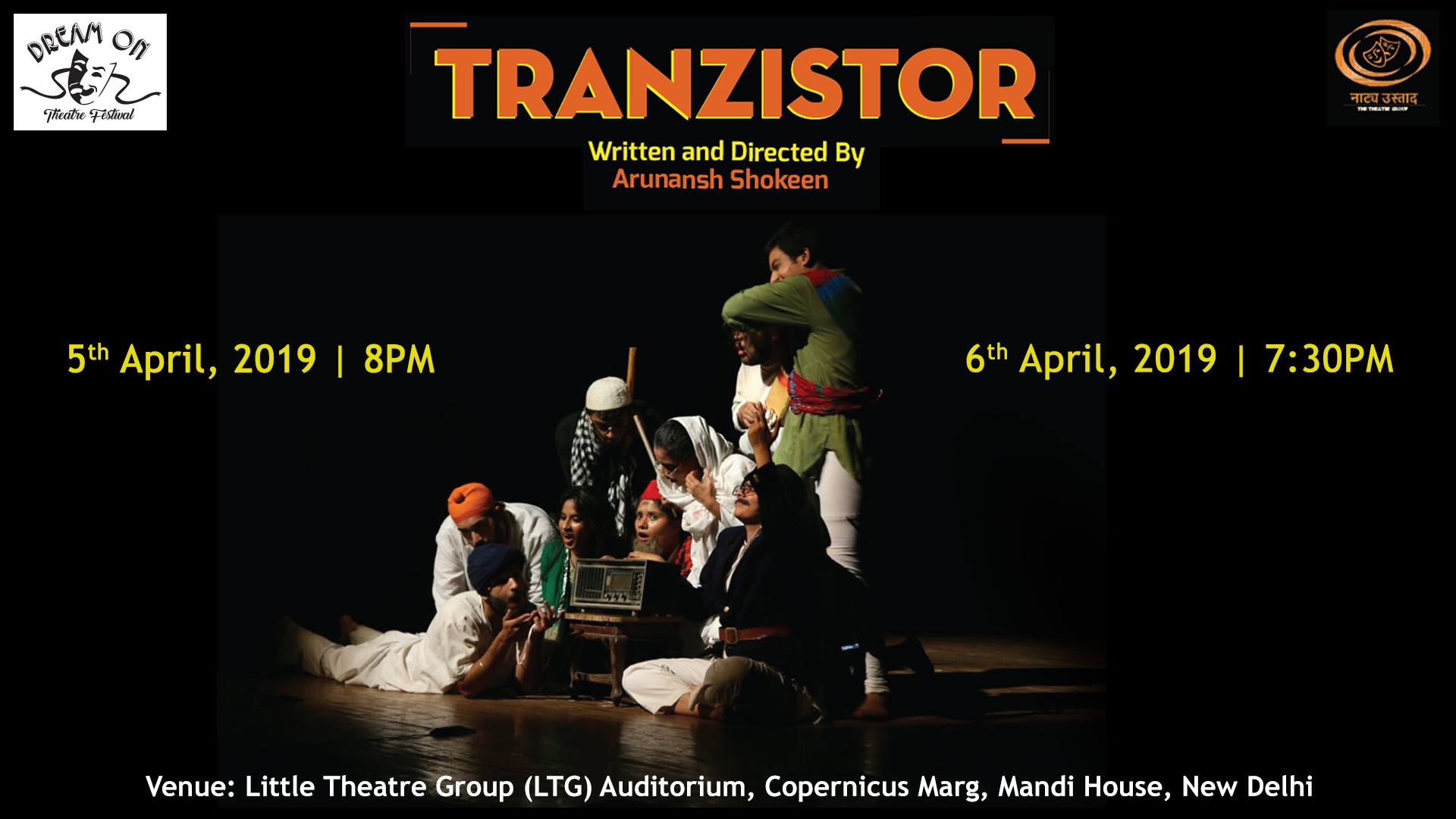 Natya Ustaad’s ‘TRANZISTOR UNTUNED’ is a 2016 farce comedy original play.
Set in a mental asylum in Lahore 1972, the play revolves around the people of this asylum who were sent there before partition. They live together as a family and don’t know about the existence of Pakistan. Things start to change when announcement is made to shift the hindu patients back to their motherland India. In order to break the news to the patients, the head doctor brings a transistor in the asylum, to make them aware of changes brought down in the past 25 years. But the poor patients are startled by the presence of this device since they know nothing about what is it or how it works.

The play brings the nostalgic air of 70s with the old songs and dances. With hilarious, comic timings of each character and bittersweet fights among themselves. This UNTUNED family has it all, live music, dance, drama, emotions and the warmth of unity.