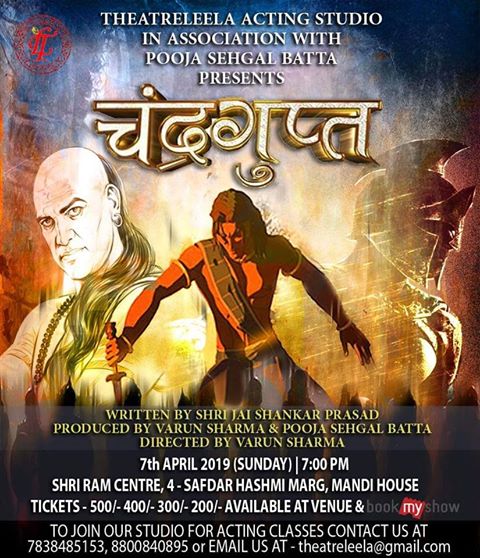 Witness a masterpiece forever ingrained in our history – CHANDRAGUPTA

Chandragupta is a play which shows the journey of Chandragupta Maurya from a commoner to the king of Magadh. It also shows how Chanakya used his mind and Chandragupta`s strength to defeat the Greeks and fulfill his desire to make India a united nation. It tells the story of politics, diplomacy, revenge, hatred, conspiracy, sacrifice and love for the nation.

Stories mingle, complexities of each personality intertwine. Different destinies, each with its own different paths. But fate has its mysterious way of working where each path crosses with the others.