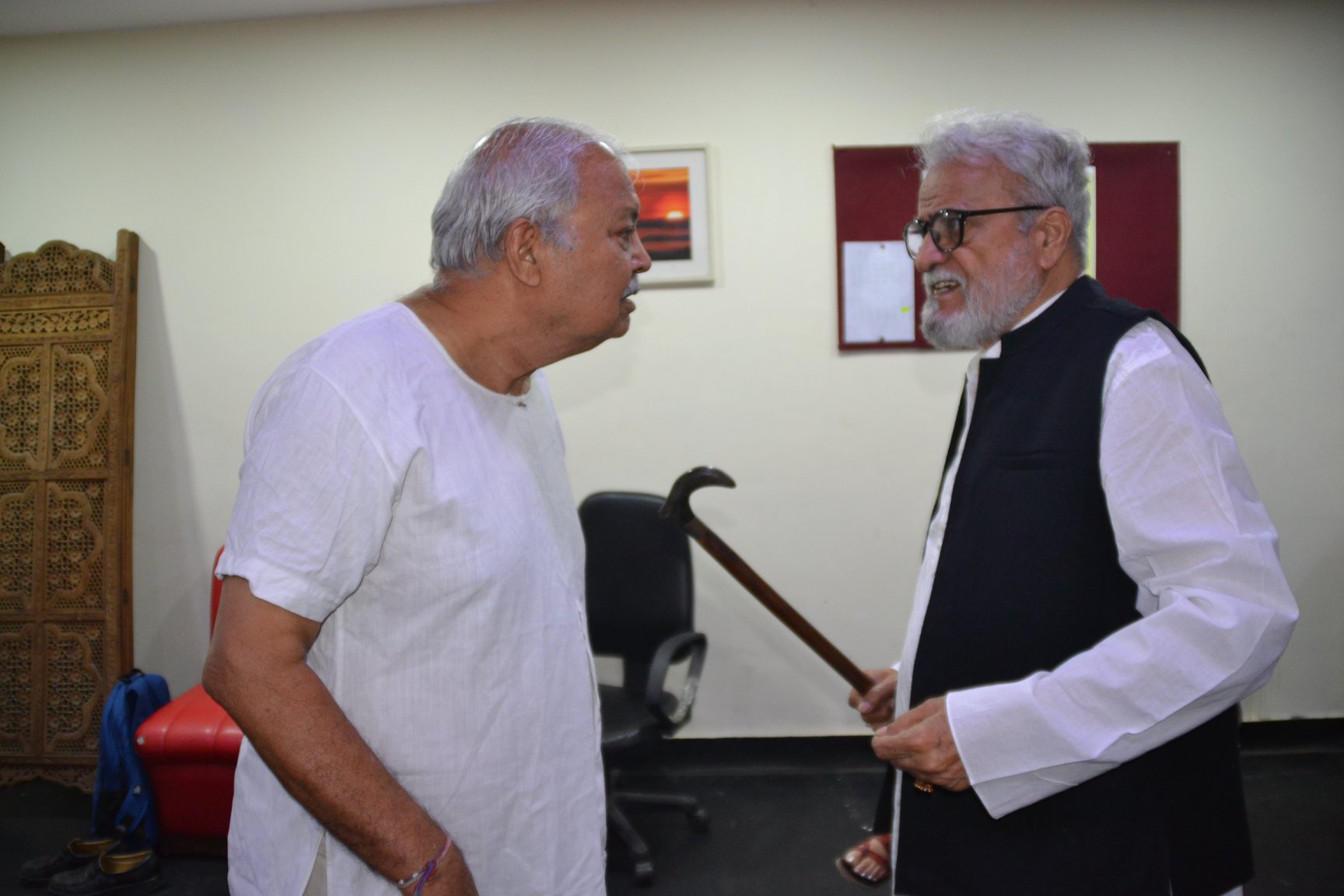 Chaste Hindi adaptation of French Comedy Bestseller – The Miser (French: L’Avare) written by the famous French playwright Molière and adapted in Hindi over 3 decades back by then popular director, Late Ravi Baswani.
Now this play is dissected, re-designed and directed by Kanwar Deepak Gulati.

The main protagonist ‘Lala Dhannamal’ is obsessed with the wealth he has amassed and is always ready to save expenses. Now a widower, he has a son and a daughter. Although he is over sixty, but he is attempting to arrange a marriage between himself and an attractive young woman. However, the son attempts to procure a loan to help the same girl whom his father wants to marry.

Lala Dhannamal even hopes to marry his daughter to a wealthy man of his choice and the meanwhile daughter’s lover takes a job as steward in Lala’s household so as to be close to his love.
The complications are only resolved at the end by some unconventional discoveries.

Satire and farce blend in the fast-moving plot, as & when Lala’s hoard is stolen. The characters give life to the story with never ending punches and drama.