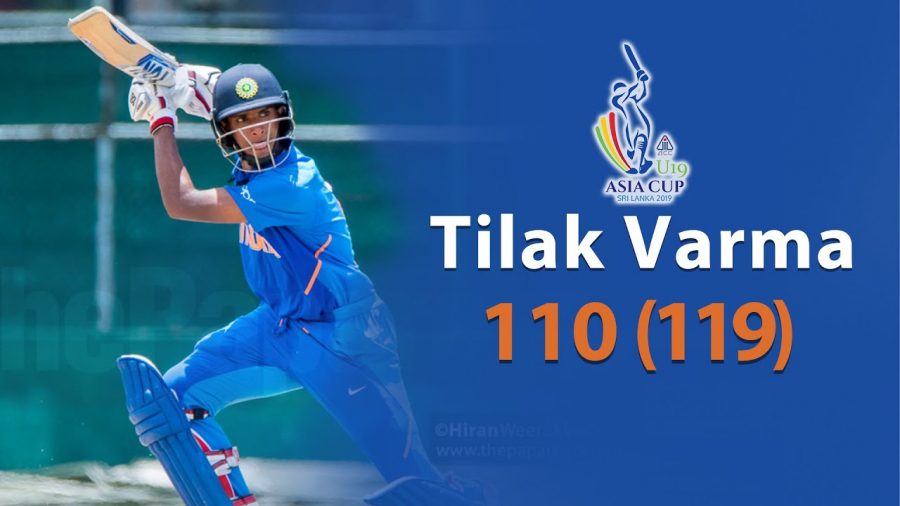 Tilak Varma scored 61 against Rajasthan Royals last week. One who was in doubt to be in the IPL 2022.

Mumbai: In the last week games were played between Rajasthan Royals (RR) and Mumbai Indians (MI). Tilak Varma scored 61 runs against RR in the IPL (Indian Premier League) which has made the former Indian coach impressed.

Talking to Start Sports Indian former coach Ravi Shastri has told. That he is impressed with the wide range of shots, front foot, back foot and sweep. Shastri has told all this to Tilak Varma and is happy with his amazing performance in IPL.

He has played well and given his amazing performance. There is great potential in him and this is the teaching to the new players. Tilak Varma has batted very well and he has the potential to go above and beyond.

However, all the results indicate that Varma provides the team with good signs. And this will let the team make strong as Suryakumar Yadav has come back in playing eleven. This will make the Mumbai Indians strong enough: Said Ravi Shastri the former Indian coach.

All Eyes On Tilak Varma

He is an Indian cricket player and he has shown his potential. Nowadays, Tilak Varma has come in the trending results. All eyes are on this new player.

If we talk about his background he belongs to a middle-class family from Hyderabad, Telangana and Tilak Varma is 19 years old. In the year 2018, he played Ranji Trophy. Varma also had been part of the Indian team for cricket in the Under 19 World Cup 2020 as well.

So, watching his performance in the Under 19 World Cup the team Mumbai Indians chose him and bought him for 1.7 crores. That was a good bid for the player in the current IPL season 2022.

How Tilak Varma Was Chosen By Mumbai Indians (MI)?

Here are some of the things about Tilak Varma. That will help you know about this new player for Mumbai Indians in the Indian Premier League’s 2022 season.

While playing for the first time in this season of 2022. Varma was not able to score well or we can say he had not given his performance. But next time playing against the team Rajasthan Royal (RR), they had a target of 194 runs. Unfortunately, they played well. The team Mumbai Indians was not able to achieve the target yet.

On the other side of the coin, Tilak Varma took that target of 194 runs to 61 runs against the team Rajasthan Royals (RR). As he played it was a message. That was being disseminated to the new players being selected. That was a huge opportunity for the player (Tilak Varma).

As we are well aware. That the team Mumbai Indians has given the opportunity to a number of players. Whether he is Jasprit Bumbrah or Hardik Pandya. Mumbai Indians is the start making team. Thus, Tilak Varma can be the next start!

Though, he has left behind the captain Rohit Sharma. Where it is being admired by a number of people all over the county. All eyes are on this new player Tilak Varma. The Indian former coach has admired him for his current performance in the team Mumbai Indians (MI) in Indian Premier League (IPL) 2022.

However, these are some of the main points of the new player in the team Mumbai Indians. There is so much learning that will inspire other upcoming players in India. So, the selective players that are in the queue to join the team. This is a huge lesson for all those players and they can learn so much more from the life lessons of Tilak Varma.

All these are the things that make Tilak Varma stand out in the cricket world.